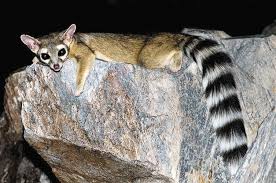 One Reply to “Skinniest Raccoon Ever: Reality or Ojai Legend?”