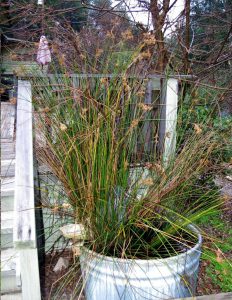 One Reply to “‘Tis the season for making Chumash baskets”