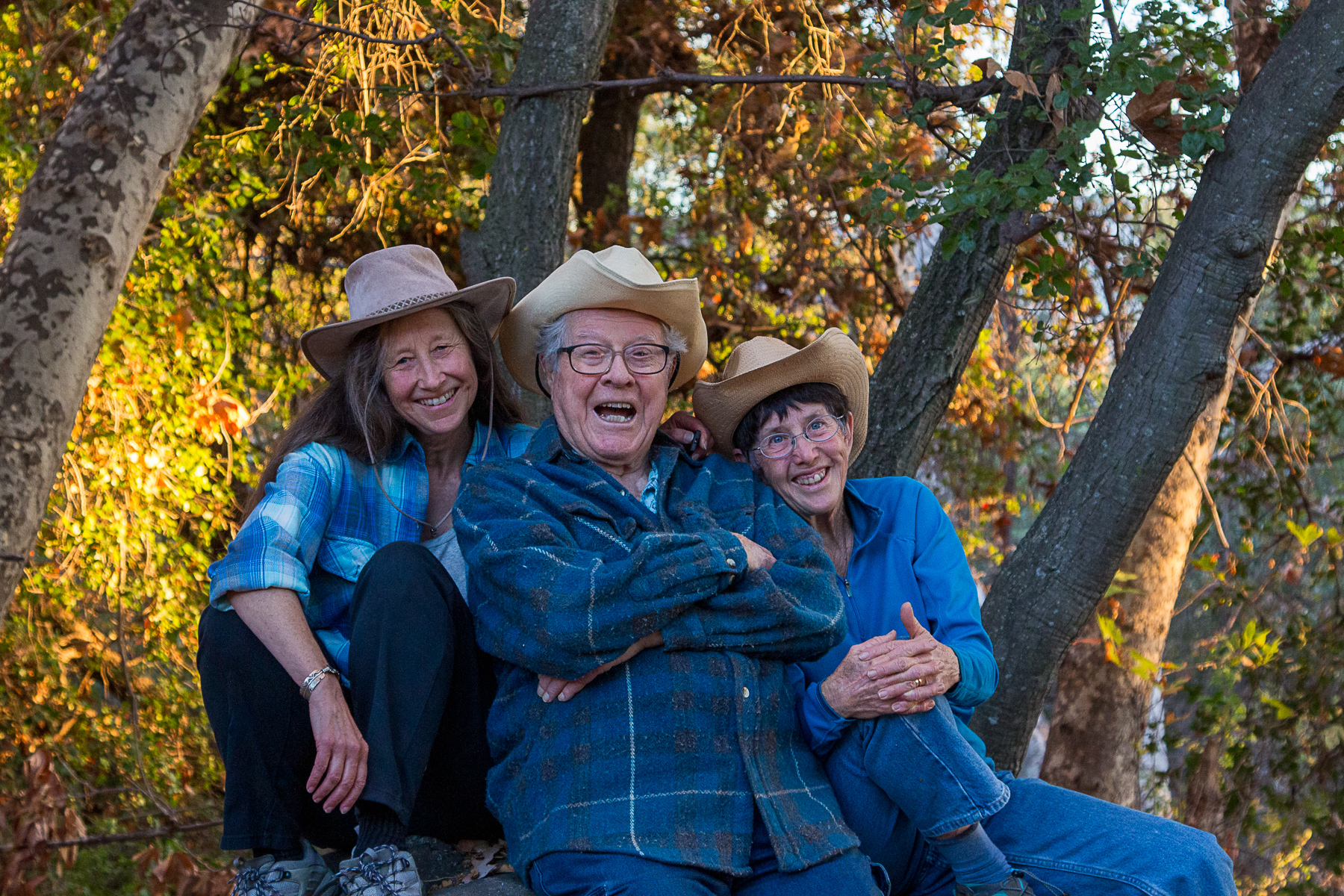 This article ran on the front page of the Friday January 15, 2021 edition of the Ojai Valley News. It is reprinted here with the permission of the newspaper and reporter Perry Van Houten.

Phil Harvey, an Ojai icon who entertained generations, passed away Jan. 5 in the valley he loved.

Harvey was 99, just four months shy of his 100th birthday.

“He enjoyed life so much, and that rubbed off on all of us,” daughter Jeannie Harvey told the Ojai Valley News Jan. 12.

Born and raised in Emporia, Kansas, Harvey’s rich show business career as a singer and actor included operas, musicals, and movie and television roles in westerns and science fiction movies.

In his late 30s, Harvey was cast in “Touch of Evil” (1958), written, directed and co-starring Orson Wells as a corrupt police chief, which includes a scene with Harvey and epic film star Charlton Heston.

While acting in Hollywood paid the bills, music and singing remained Harvey’s main professional passions, and he pursued them energetically. “He was always busy with a show or teaching music,” said Jeannie, who now lives in Idaho.

Phil and Margaret Harvey raised two other children, Babette and Jim. When the kids were grown, the couple moved permanently to Ojai. Margaret passed away in 2010.

The couple first met when she was playing piano at the Ojai Art Center and he was doing a show. Naturally, the Harvey household was a musical one. “We always had a piano in the house, and there were always sing-a-longs and musical instruments around.” Jeannie said.

When Margaret turned 70, she wanted a baby grand, so the couple purchased one and installed it in a back room of their tiny house on South Montgomery Street.

The Harvey home may have been small, but Phil is a remembered for having a big heart and a big voice.

In a rich baritone, he sang in live stage shows such as “Oklahoma!” “Showboat,” “The King and I,” “The Barber of Seville” and “Girl Crazy.”

For years, he would Perform a song to open meetings of the Ojai Retired Men’s Club. At one meeting, he sang “Take Me Out to the Ballgame,” after first loading up on boxes of Cracker Jack at Vons. “He went and bought a whole case of them,” said Jeannie, “one box for each man.”

Harvey once led the Ojai Photography Club (which he founded in 1984) in a round of the very same song. Unimpressed by their performance, he made the group sing the song again, only with more enthusiasm, said Myrna Cambianica, a close friend and longtime club member.

In the mid-‘90s, while attending her first club meeting and wondering what camera she should buy, Cambianica consulted the photographer whose work impressed her the most. “And, of course, it was Phil. He was bigger than life and so welcoming,” she said.

Cambianica’s new mentor taught her how to mat and frame her images, which she did for Harvey when his eyesight deteriorated later in life. “It was a real sweetness he gave me, and toward the end of his life, I could give back to him,” she said. “He was always joyful; always happy. I’ve never met anyone else quite like him.”

One of Harvey’s favorite places to take pictures was Lake Casitas, where he and dear friend Sally Carless would snap photos of the bald eagles, earning him the nickname, ‘Eagle Boy.”

“He was so enthusiastic about nature and the eagles and life,” Carless said. “It was just magical to be there together, and on the day my father died I called Phil and he met me at the eagle tree.”

He received the city of Ojai’s Lifetime Achievement in the Arts Award in 2003, and was named an Ojai Living Treasure in 2010.

In the early ‘80s, Harvey became music director at Ojai Presbyterian Church. He started the Ojai Community Chorus in 1987, recruiting a group of talented amateur singers.

During Ojai Summer Band concerts at Libbey Park, Harvey would open each performance with the song he’s perhaps best known for, “The Ojai Song.”

Band director Laura Denne remembers Harvey as “a real people person,” which sometimes caused her nervous moments during performances. “I would have to rein him in a bit, because he was so involved with the audience; walking around and talking to people. I was afraid he wasn’t going to come in when he was supposed to,” she said.

Harvey never tired of singing the song celebrating Ojai’s mountains, oak trees and warm summer evenings. “It was his song,” Denne said, “and I don’t know how we’re going to find somebody to replace him.”

Harvey died peacefully in his sleep, of natural, non-COVID causes, according to his family.

Jeannie Harvey hopes a memorial service or remembrance party can be held as soon as gatherings are allowed again. “We’d love to have a way for friends to get together and say thank you for what he brought to all of us,” she said.

People wanting to make donations in Harvey’s name can do so at the Ojai Art Center, Audubon, HELP of Ojai, Ojai Valley Land Conservancy or any organization that supports conservation.

Phil Harvey’s family has created a memorial webpage where visitors can leave comments and post photos at forevermissed.com/philharvey/about.