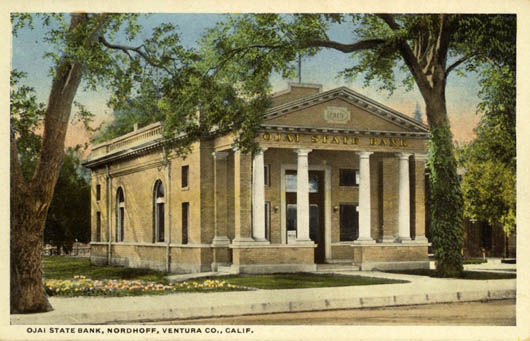 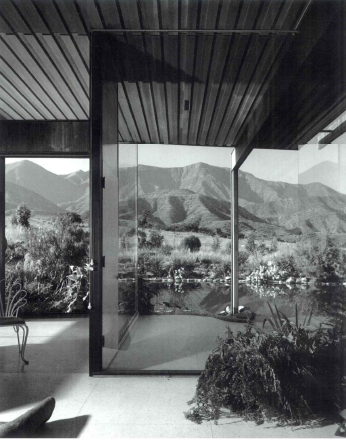 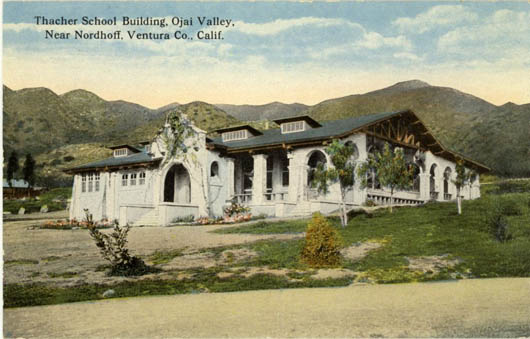 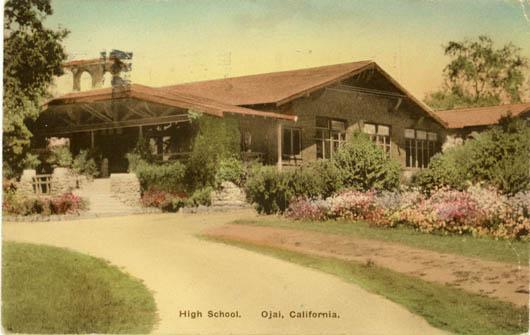 Nordhoff Union High School. In 1910, Norman F. Marsh designed this bungalow style building (above) to house the new Nordhoff High School. Marsh designed it so that, “every window will extend to the floor and will swing open their entire length. The pupils will in ordinary weather practically work out of doors.” At the time, this was a revolutionary concept in school architecture. Charles M. Pratt, a wealthy Eastern oil tycoon who owned a home in Ojai, hired Marsh to design a separate manual training and domestic arts building at the school. Marsh was a successful Los Angeles architect who also designed Venice Beach, the University of Redlands, and the Parkhurst Building in Santa Monica. The new Nordhoff High School campus opened in October of 1911 with forty students.