The following article first appeared in the Sunday, February 19, 1978 edition of the “Ojai Valley News” on Page 16. It is reprinted here with their permission.

This columnist is pleased to note that the Our Environment column has again stimulated a community dialogue on the crucial issue of overdevelopment in our valley.

This time the dialogue has taken the form of letters-to-the-editor from two city councilpersons who chose to speak in rebuttal of last week’s column. That column chided the council for it’s lack of activism which led to the federal government’s seizing the initiative in demanding a halt to increasing air pollution which inevitably follows overdevelopment.

Surprisingly, the author of the letter which most vigorously defended the present council’s inadequate posturings has been its most active force in the struggle to keep The Ojai’s environment both rural and healthy. He has often waged solitary battles against urbanization of Ojai’s streets and the council’s penchant for granting untimely exemptions to the building moratorium. On numerous environmental votes he has found himself to be in a minority of one.

For this reason it is difficult to understand his defense of a council which has been anything but “activist” in pursuit of environmental quality. Other towns with far less to preserve than ours have elected councils who themselves have taken the initiative in improving their environment rather than simply slowing its destruction. They have brought their imaginations to the fore in initiating such measures as litter cleanups, firm population ceiling reinforced by downsizing, tree-planting projects, container laws, bicycle path construction and limitations on driving during smoggy days.

A SECOND LETTER quoted rather dubious statistics which seem to show that the City of Ojai has grown in population by only 400 persons since 1970. Yet during the past seven years there have been 381 single-family dwellings, 113 condominium units and 135 multiple family units built here for a total of 629 new dwellings. Although a few of these are still in construction, it does seem unreasonable to assume that there have been more dwellings constructed than new arrivals to occupy them.

Based on a conservative estimate of 2.5 persons per dwelling, a more realistic figure for this town’s population increase would be 1, 572 persons in the past seven years. Too many by any standards.

From the time Socrates debated his adversaries in the streets of Athens, an unfortunate technique of argument has contaminated political discourse. Later labeled “ad hominum” by the Romans, it is a method of attacking the person who makes a point rather than answering the point itself. Experts in debate consider it a desperation maneuver with little heuristic merit.

Sadly, ad hominum agruments seem to be infiltrating the exchange of legitimate views in our town. The crucial challenge of preserving a healthy and livable environment deserves better.

FOR INSTANCE, this columnist was criticized for not regularly attending city council meetings and thereby missing the opportunities to “get the true facts.” This criticism presupposes that such facts have been available during generally obfuscatory council meetings, a questionable assertion at best. Each of us must arrange our priorities according to our talents and available time, and the four to five hours per week spent on research and preparation of this column leaves little remaining time for attendance of lengthy meetings.

This column has been virtually the only medium to offer any criticism of the city council during the past year on any issue. Yet the community response which has been generated clearly indicates that these views represent those of the majority of environmentally concerned and oft-frustrated valley residents. To remain viable, the democratic process requires vigorous and regular criticism of the humanly imperfect persons who govern us.

The entire issue once more underscores the importance of the upcoming March 7 election in which Ojai voters will have an opportunity to seat a majority of environmental activists who will aggressively pursue the public health interests of this community. This column again calls upon all concerned to keep the ongoing debate high-toned and issue oriented. 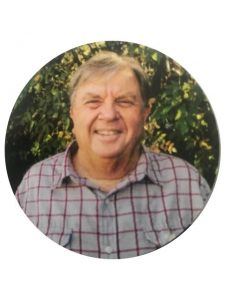 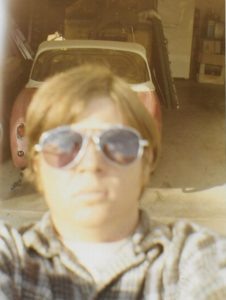 The following article first appeared in the Sunday, June 4, 1967 edition of the “Ojai Valley News” on the front page. It is reprinted here with their permission

Ojai police, nettled by a series of provocative acts attributed to members of the Hippie set, were mulling retaliatory action Friday.

Chief James D. Alcorn said his “phone has been ringing off the hook,” with calls from citizens who are plainly disturbed by what they claim are impudent reflections on recent narcotics violations.

Most recent incident was the posting of a sign near the arches fronting Civic Park, proclaiming “Things go better with Pot.” Pot is a slang word for marijuana.

Alcorn said private citizens have also complained about the posting of a routed redwood sign with the capital letters, O-V-D-A, which reportedly stand for “Ojai Valley Drug Addicts.”

He said some of the Hippies hold the sign on their laps as they sit on the wall fronting the park.

Civic Park is a private park, administered by Ojai Civic Association. Alcorn said trustees of the association have been exploring ways of combating the situation, but thus far have failed to find any answers.

In recent discussion of the problem by the Ojai City Council, City Attorney Duane Lyders warned the council that restrictive actions would raise questions of free speech and assembly – thorny issues of civil rights.

As a private park, however, authorities have indicated there might be ways of cleaning up the situation.

The Hippie set has used the front area of the park as a rallying point for some time,, according to Alcorn, but the situation apparently worsened earlier this year when Hippies from coastal cities staged the first of two “Love-ins.”

The first event came off without incident. Barefoot youths with flowers behind their ears strummed on guitars, ate picnic lunches and proclaimed “Love” to all who would listen. It was similar to events conducted quietly in Los Angeles, San Francisco and most recently in an eastern city.

The second “Love-in”, however, had slightly different overtones. Police arrested two visitors on charges of possessing marijuana. One was a girl from Glendale, the other a boy from Los Angeles.

Observers, however, noted that some of the visitors were not so young and some were estimated to be only juveniles who supported the bizarre costumes and deportment of Hippies years older.

Alcorn said the situation was a delicate one. “We have to be careful how we handle this thing,” he warned, “publicity is what most of these people want.”

He said the most his officers could do at present was to see that no laws are broken.