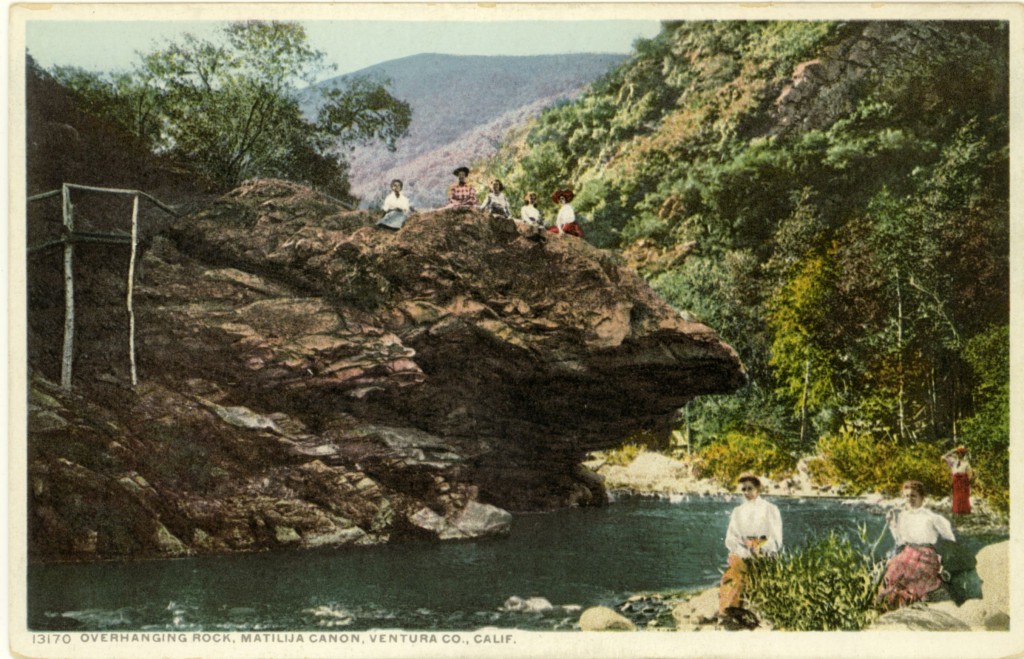 I’d like to go to hanging rock today,
Just as I did in that far other day,
To sit and dream in the deep canyon’s shade
Beneath the towering crags rising rugged above
The tumbling waters of the river,
In wondrous Matilija.

Twas very long ago, in flaming youth,
We two sat side by side beneath
The great moss-covered stone
A trysting place sought out in those old days
By the swift river waters where trout sprang
Glinting in the sunlight
In Matilija.

With devil’s slide across the way,
And dotting the declivities
The snow-white Spanish daggers reared their heads
Boldly in the upper reaches of the sun
On the canyon steeps,
And bird song filled the air, and calling quail
And murmuring dove were in Matilija.

It’s well-remembered by the young of then,
That old hanging rock,
By those of now who are with us
Those of now with grandchildren
Toddling about their knees, and whose mirrors
Bring a sigh as a memory travels back.
And where are the lovers of yesteryear,
Lovers of olden Matilija.

NOTE: Hanging Rock was covered by Lake Matilija when Matilija Dam was built in the 1940s. Where do young couples go to tryst now that Hanging Rock is gone?