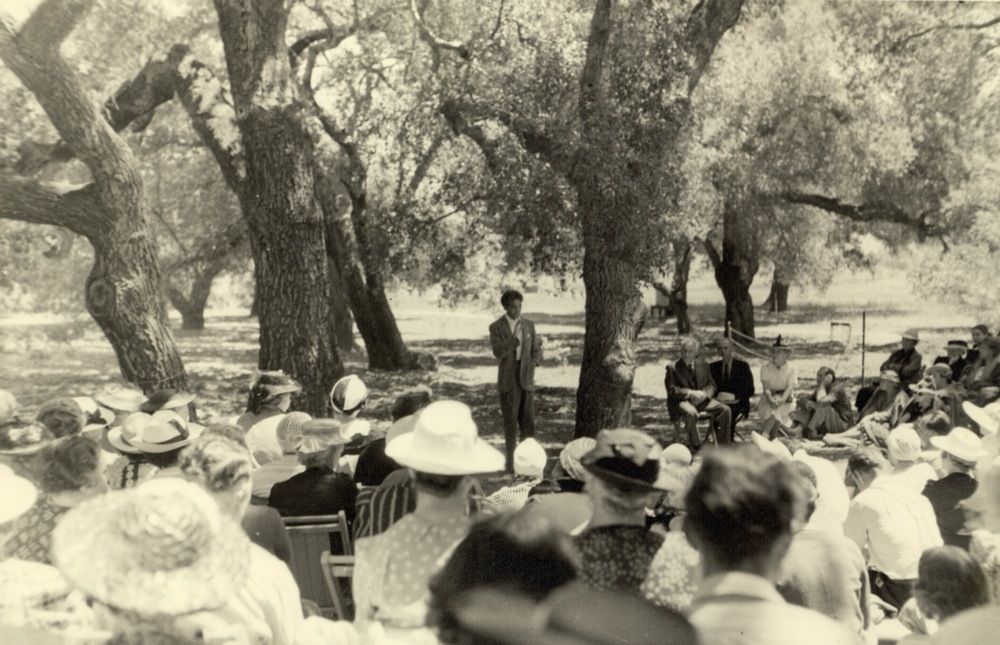 Krishnamurti at the Oak Grove. When Jiddu Krishnamurti first arrived in Ojai during the summer of 1922, he was already the leader of his own worldwide religious organization, the Order of the Star. During his 1922-23 visit, he spoke at the Hollywood Bowl to an audience of over 16,000 followers. In 1924 he began giving talks in Ojai at the Oak Grove (above), which continued until his death in 1986. Krishnamurti established his Ojai home at Arya Vihara (below), making Ojai one of four worldwide centers for his teachings. He held many discussions and private interviews at Arya Vihara. Among those who visited Krishnamurti here were Annie Besant, Charlie Chaplin, Aldous Huxley, Jonas Salk, John Lennon, Greta Garbo, Igor Stravinsky, D.H. Lawrence, and David Bohm.

One Reply to “Postcard: Krishnamurti at the Oak Grove”